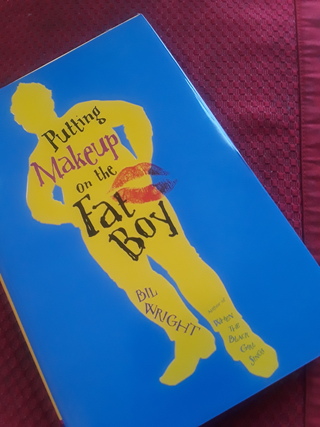 Putting Make-up on the Fat Boy

" We were on the highway, and it reminded me of going to Fresh Air camp for the day and a half I did when I was ten. It was ma's idea, and I tried to fight it, but once I got there, the Fresh Air family decided I was not the cute little Spanish boy they though they were saving from the hot summer in grimy New York City. Mostly because I asked the mother of the family if I could try out her eye shadow. The mother and daughter kept asking me what I did to make my hair so black and curly. And even though yes, I wore bracelets and carried a little purse and was interested in cosmetics and hair products, I certainly wasn't dying my hair at ten. So what were they thinking?"

From Putting Make-Up on the Fat Boy